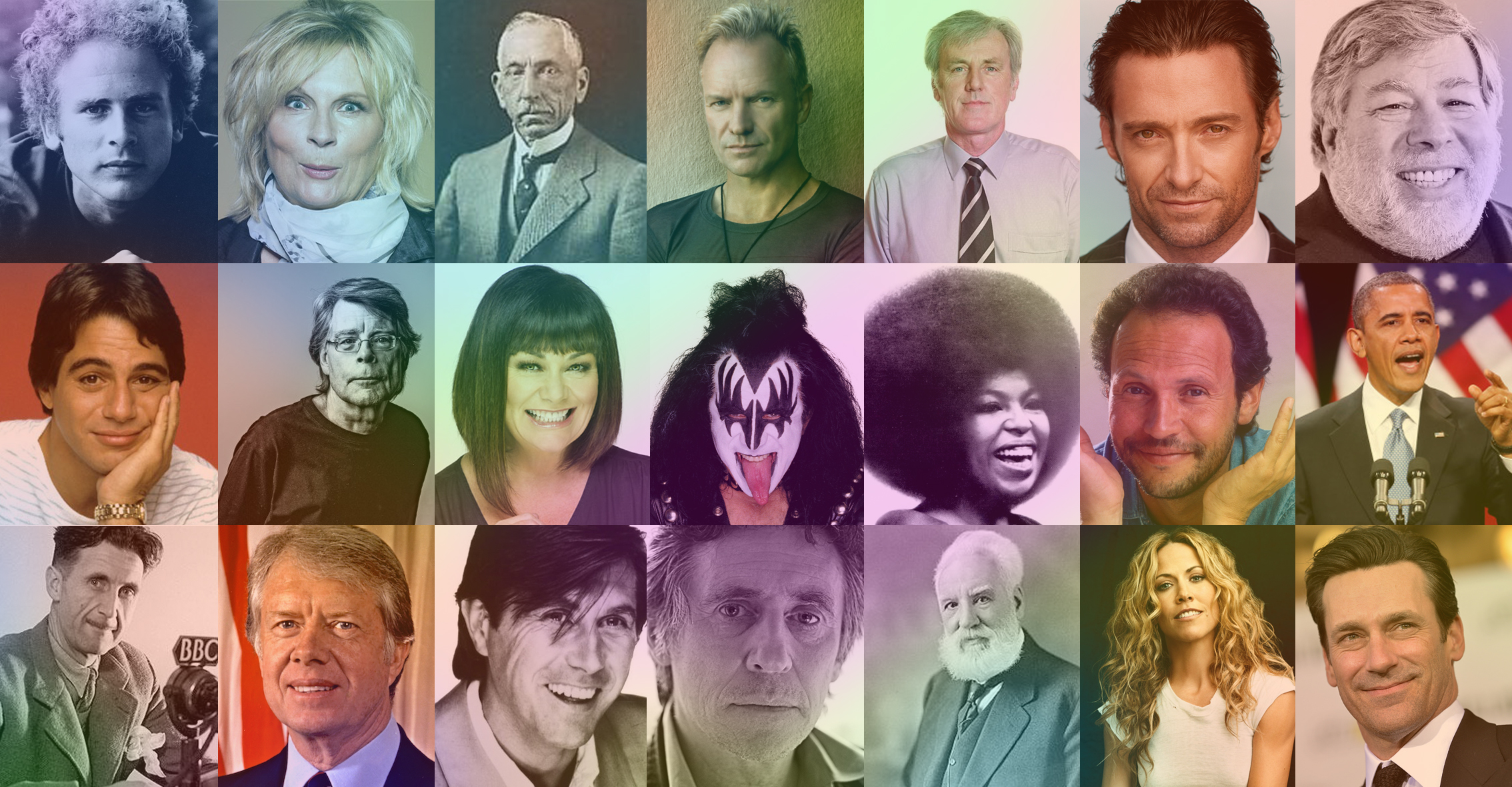 For some educators teaching is a vocation to which they dedicate their entire working life. For others it’s a profession they visit for a time before moving on. Whichever direction they take, countless ex-teachers are out there carving successful careers, utilising the skills and resilience their time in the classroom has bestowed. Most ex-teachers go about their lives in relative anonymity; but let’s take a look at some of the more famous ex-teachers.

Steve Wozniak, inventor, entrepreneur and co-founder of Apple Inc. was once a teacher.  Alexander Graham Bell invented the telephone in 1876. Before that he was a teacher of spoken language at the Boston School for Deaf Mutes. It’s ironic that these days the mobile phone is often the bane of the teaching experience!

Honing their vocal chords across the crowded classroom prepared the velvet tones of Bryan Ferry and Roberta Flack for the crowded club lounge and concert hall.

Sting taught at an all girls’ convent school, which makes The Police hit Don’t Stand So Close To Me, just a little more disturbing.

Gene Simmons swapped his classroom set of Shakespeare for Spiderman comics to get his reluctant students to read. He then swapped careers altogether to explode onto the rock arena with KISS.

Art Garfunkel and Queen guitarist Brian May prove the popular theory that music is richly mathematical. Both were once high school math teachers.

Perhaps it was the noise of off-tune recorders and pushy stage parents that drove music teacher Sheryl Crow, screaming out of the classroom, and into her own successful music career. And you can imagine Peaches rapping in the classroom, because hey – that’s what teachers do!

Many a teacher has fled the classroom to the safer and less cutthroat environment of politics! A number of US Presidents started their working life as teachers, including Lyndon B Johnson, Jimmy Carter and even Barack Obama who spent time teaching Constitutional Law at the University of Chicago.

Three of Australia’s 29 Prime Ministers, William ‘Billy’ Hughes (1915-1923), Joseph Lyons (1932-1939) and Frank Forde (1945); were all former schoolteachers. Since Federation teachers have graced the ranks of both the Senate and the House of Representatives. Let’s face it; keeping order in either would be a breeze after the classroom!

Teachers have a way with words!

The absurdity and drama of life is absorbed in the classroom. It has provided the source of inspiration for many a teacher turned author, from the fantasy world of J.K. Rowling’s Harry Potter series, to the horrors of a Stephen King novel. George Orwell’s dystopian worlds must surely have been influenced in some way by the United Kingdom’s public education system of the time.

Sir William Golding wrote Lord of the Flies after observing the chaos and disorder that ensued when he gave his class of boys’ freedom of debate.

Teachers see the funny side!

Many stand-up comedians developed their skills in the classroom. Where better place to hone your repartee, the quick comeback and the ability to win over a difficult crowd. Where better place to hold on to your sense of humour. John Doyle (of Roy Slaven and H.G. Nelson fame), Billy Crystal, Jennifer Saunders and Dawn French went on to further prove their versatility by acting, writing and directing.

Shakespeare wrote, All the world’s a stage and all the men and women merely players. Well, the classroom provides the perfect stage, complete with multiple roles and rowdy audience participation. It’s no wonder the silver screen is littered with ex-teachers who not only act, but also dance, direct and produce. ‘Stars’ such as Hugh Jackman, John Hamm and Gabriel Byrne.

Teachers are also magicians in their field, conjuring the most incredible feats of trickery. Teller, one half of the Penn and Teller magic duo, was once a high school Latin teacher. (How often in your classroom have you wished a disappearing act, and how many of your students have executed one?)

In a brief exit from acting into teaching, (some would say there is little difference), Tony Danza turned his experience into a reality TV show. (Oh for a hidden camera in the classroom!) He later wrote a book on his experiences – I’d Like to Apologise to Every teacher I Ever Had: My Year as a Rookie Teacher at Northeast High.

It’s a diverse cast of characters who move through and carve their careers both in and outside the ranks of education. Teaching hones their versatility and resilience. So don’t let classroom chaos dissolve you into a quivering wreck. You’re versatile. You’ve got the skills. Use your experience as inspiration for writing a classic. Put it in song or change legislation. Or just keep on doing what you’re doing. Historically you’re in good company!